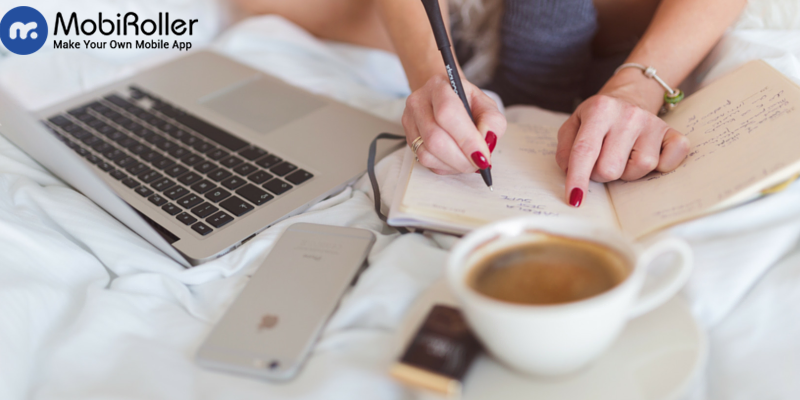 With Mobiroller mobile app resellers, You will be able to create as many apps as you want for Android and iOS platforms. 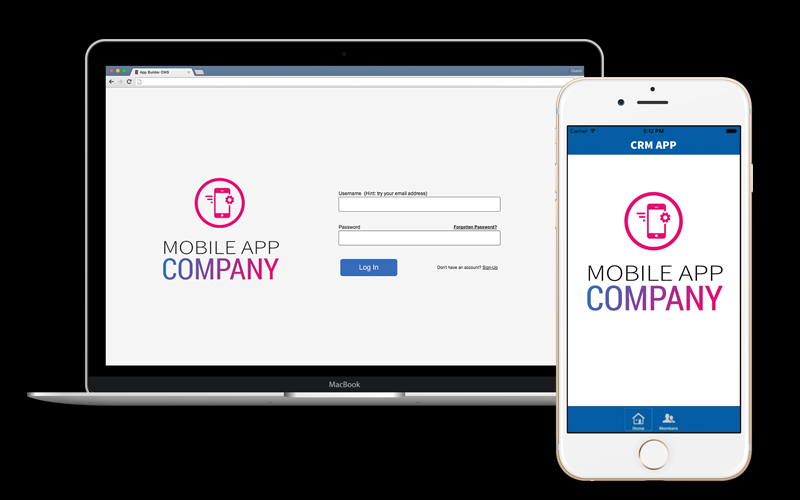 ​With mobiroller mobile app reseller program, you can brand them as your own. No Mobiroller logo/branding at all. 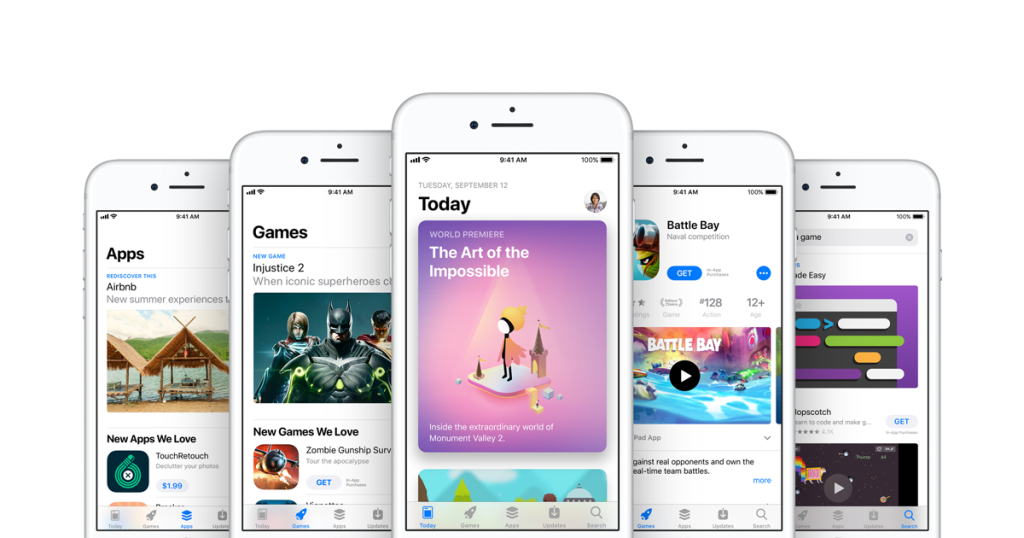 Free Publishing of your iOS apps under your developer account.

Get excellent platform Training and tutorials.

Simple Control panel: Mobiroller has super Easy to use Control penal. You can always get help via Skype and  Support staff will show you how to use Mobiroller app maker!

Upon sign up you can get access to huge Premium template set. Mobiroller has a huge collection of Premium Templates and always adding new now and then. 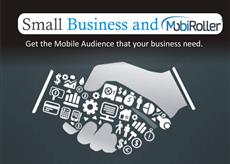 ​How do I get help when I become a Reseller?

​We have a dedicated landline always open during office hours. Also, you can keep in touch with your account manager via Skype.

What happens if I cancel my reseller subscription?
If for any reason you want to cancel the reseller subscription, and you still need your client apps up and running right, in this situation, you have two options. You can transfer the ownership to MobiRoller, or you can transfer the ownership to your client, and they can contact us and subscribe to one of our premium app packages.

Do you want to earn money with best mobile app reseller program? There are various revenue models; each revenue model has its own advantages and disadvantages. In order to arrive at a good business model, several considerations have to be made. Mobile applications market is expanding rapidly in current times. Due to this, there is a growing need of mobile applications and according to a research, about 70% of tiny to large sized business currently have app or will build one. Here is a short overview of the opportunities and options to make money with best mobile app reseller program.

Each platform has its own app store. For example, Apple has the App store, Android the Google Play Store and Windows has the Marketplace and Windows Store. For all app stores, a portion of the proceeds goes to the relevant app store. (see slides) Currently, the App Store from Apple and the Google Play Store from Android are the best selling app stores. More than 90% of the applications worldwide are sold in these digital stores.

An average Apple user spends on average six times more money on applications than an Android user. However, the Android Google Play Store has more (unpaid) users and downloads. When you want to reach a larger audience, the Google Play Store is a better choice than the App Store. Of course you can also have the app developed so that they are available in both app stores. (visit google sites)

Due to the high growth and low competitors, mobile app market has a lot of potential and also one of the best investment option to make money. Loads of potentials clients and a big ROI is what is ensured by the white label app reseller business. Click here to read more details on How To Make Money Selling Apps.

It is quite easy to measure the success of your apps with app reseller program. You can stay in front of emerging trends based on the customer reviews on the App Store, Google Play Store. You can improve your apps user experience on the basis of these customer reviews.(see my google profile)

The small companies are gradually learning about the importance of utilizing mobile applications. Customer experience is among the most important element for the apps. In past, only big sized companies take advantage of mobile marketing, but right now with the help of mobile apps builder programs, the smaller sized firms are also have the ability to afford the app development cost.

It is quite easy to start making money with your app distribution business. Developing an app from scratch is possible With Mobiroller DIY app building program without technical knowledge and experience. By using drag and drop features of mobile app development platform, you get an upper hand in the mobile market and enjoy the benefit to make money on the preliminary sale of the apps.

Mobiroller mobile app reseller program offers premium design services and lets you focus on the marketing of these apps, so you no need to stress over the mobile app creation. Furthermore, you can re-brand and re-pack mobile application with your own brand-name with the help of app reseller program. It is an easy and fastest way to grow your white label app distributor business.

Things to Consider When Starting an iPhone App Builder Project

It’s tempting to just start hacking away at an app using an iPhone app builder. The promise of sales, monetization, advertising revenue, and more in an app crazy world is enough to lure anyone away from other responsibilities. Before sitting down and wasting precious time, here are seven tips to consider before even attempting to create an app.

Odds are, anyone even contemplating building an app has an idea of what it will be. However, those ideas are usually fuzzy and limited to basic functionality. There are a few questions each person should ask about their ideas before starting.Who is it for? Just because it seems like a great idea doesn’t mean other people will want to buy it. Make sure there’s a good strong amount of need for it. General interest topics such as sports and shopping are always good.

What does it fix?

Sometimes apps are better if they fix something that needs fixing. Just adding to a mix of other apps serves no purpose. Think about discount movies in a giant bin at the store.Will someone want to use it again? Entertainment and appeal keep the app being used. This is beneficial for ad revenue and word-of-mouth. Plus, if it’s a big hit, updated and improved versions will bring in more sales.

Odds are someone who majored in Art History won’t be looking to build an app that helps people understand the scientific process. While people are multi-faceted, working to one’s strengths are usually best. If the subject is outside a person’s depth of knowledge, research might be needed.This is especially true if the person wanting to build an app lacks many of the skills needed for development. Sure, using an iPhone app builder eliminates part of these problems, but knowing the limitations and strengths of each makes the process smoother and easier.

This advice goes along with the first one, “The Idea,” because it involves some of the same concepts. However, this step can’t be stressed enough. Just because there was the sudden idea for an app, doesn’t mean it isn’t available.Download other apps, browse the market, read forums and reviews, take notes about what works and what doesn’t, review designs and interfaces, compile stats on pricing, costs, and time. If a person feels unmotivated after this step, it could be a good sign that continuing isn’t worth it. See this book also: www.calameo.com/books/005423157c0904706db21

iPhone App Builder Consideration No. 4 – The Who

No, this isn’t a reference to a band, although it could be a reference to those who like the band. While this goes with “The Research” and “The Idea,” it is a separate step itself. After researching other apps, determine if there’s a generalized personality of a group that an app will appeal to. Games will appeal to gamers and gamers can be picky and broad in their interests. Apps that help people find locations are usually for people on the go, and they’ll want results quickly. Of course, this also means more research in how to incorporate results from cities into an app.

This is more for people unfamiliar with the iPhone and other Apple products, but knowing the system and the interface is a good idea. Just because a person has used many applications doesn’t mean they completely understand how to use it. Figure out what methods work best when selecting specific categories.Does it feel more user-friendly to tap to access a file, or slide down to see the files in a bin?How much information should be presented on each screen?Where should rotation and expanding be incorporated?Are there specific tools, like accelerometers that an app would benefit from?Starting to get the point?

Depending on a person’s background, this could mean several things. For some, finding paper and a pencil could be enough. For the graphic design major, actually playing with designs in a program might feel more real. Either way, actually draw and map out every screen needed for the app. Figure out where buttons should go and how things should fit on a screen. see see another post